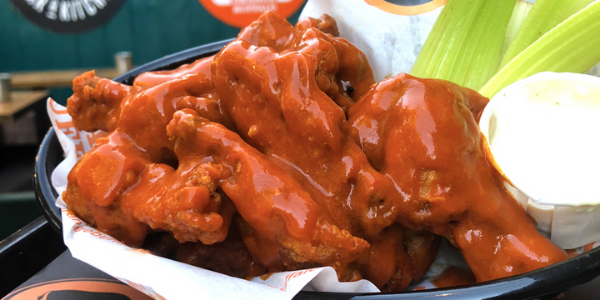 We start as we mean to go on! You may recognise this famous food truck from brick lane, but Orange Buffalo has been expanding for some time now, serving delicious wings south of the river too. Earlier this year we were invited down to Tooting for their brand-new restaurant on Mitcham Road and boy it did not disappoint. All of Orange Buffalo sauces are made from scratch and have a varying heat, from sweet and sticky barbecue to the infamous Viper (warning a waiver must be signed to try this beast). This place is a MUST go to in London if you love chicken wings and a good vibe. 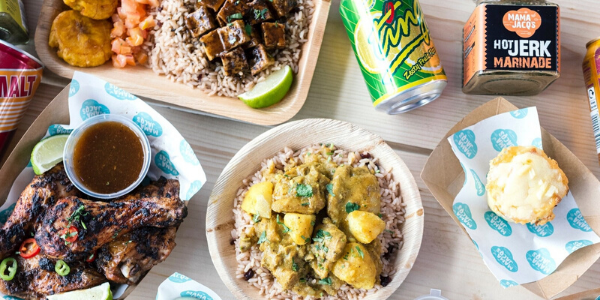 If you love Caribbean food as much as us, then Mama Jaqs’ has to be on your hit list. Located at the home of football this family ran business offers a range of Caribbean style dishes from jerk to curried goat. Need a spice top up? Not a problem, Mama Jaq’s has you covered with their very own hot sauce. You can also grab a marinade to replicate the dishes for yourself at home! 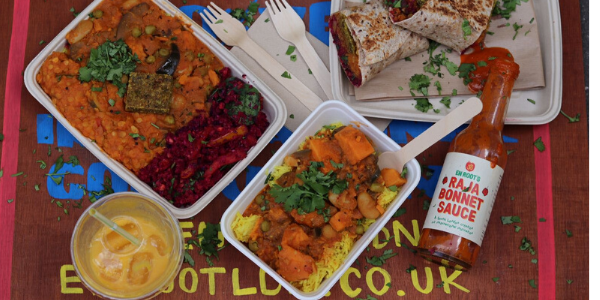 Location - Clapham
‘Plant powered goodness. “Indian Fusion, International Confusion” En Root has a real cult following, and we know why. Using fresh seasonal produce, they put their own twist on traditional Gujarati dishes. Like all the greats, these guys scaled up from food trucks and now their own space in Clapham. I was lucky enough to get my hands on some of this grub at the Hot Sauce Society in April in Peckham, lucky for me they sold out a few hours later. 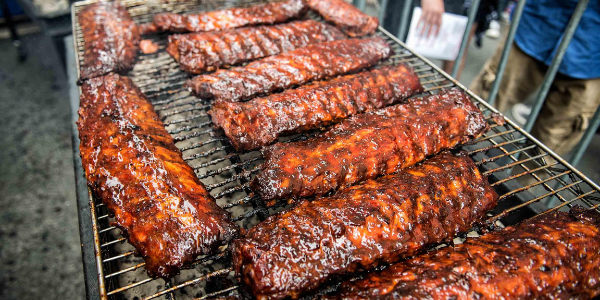 Avid West Ham supporter Mark Gevaux has been lining the stomachs of football fans and Brick Lane visitors for years. The East Londoner offers rib meat rolls, rib racks and a range of hot sauce’s which have gained plaudits in the UK and beyond. The rib man’s ribs are more succulent than Marilyn Manson’s and we agree with his title of the ‘Best Ribs in London’. The hot sauce range varies in heat and also offers one off specials so keep your eyes peeled. 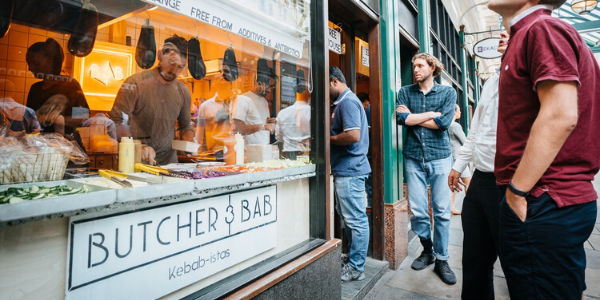 Fancy a kebab? Butcher and Bab do things a little bit differently, guilt free kebabs concentrating on free range meat, no antibiotics or additives, served with fresh bread and salad. If you aren’t already sold on that, they also whip up their own hot sauce ‘Sab’s Saucy Scotch Bonnet Sauce’, fresh tasting with a kick making it’s a must try and our favourite kebab in London.

Go on, you know you want too!

Sign up for our hot sauce discovery box and get the finest sauces from across the land, shipped directly to your door.

By clicking enter you are verifying that you are old enough to consume alcohol.

Your cart is currently empty.